Video game artbooks used to be a rarity that only the most visually stunning games put out. These days, as game companies look for more offerings to include in special editions of games, they are much more common. This is a good thing as it pushed the best to be even better to stand out, but on the other hand, there are plenty of artbooks out there that don’t quite live up to expectations as companies put minimal effort into something to try to earn more money.

Without further ado, let’s look at what this Lead Artist considered to be the best video game artbooks.

The Art of God Of War

God of War (2018) remains one of the best-looking and best-made games ever, so it’s unsurprising that the artbook is pretty stand out. Whilst it isn’t the most in-depth in terms of explanations, it lets its amazing artwork do the talking. It also breaks it down in a way that helps you understand the process of making a game and how it developed over time. With 5 years of development time whilst reimagining the franchise, there’s plenty of content to get your money’s worth.

The Art of Horizon: Zero Dawn

Another of the most visually and technically stunning game in recent years is Horizon: Zero Dawn. Having seen the Horizon team give talks at GDC behind their amazing design processes you know that not only that the content is going to be fantastic, but that the team also has a passion for sharing their ideas with everyone. There are few teams that can produce an artbook as good as this one and it’s a must-have for anyone with an interest in-game art.

The Art of Spyro: Reignited Trilogy

For something a bit different from your AAA blockbusters, look no further than Spyro: Reignited. Easily one of the best remakes ever made, this book goes into all the work that Toys For Bob did when bringing this classic back to life in a totally new way whilst maintaining that nostalgic feeling. The book discusses the ideas behind how they came up with their designs for old classics. You also get to see characters in ways that you wouldn’t do just playing the game. A great all-around artbook and one that would be good for budding artists to use for reference.

The Art of Overwatch Volume 2

The team at Blizzard have now produced multiple artbooks based on the Overwatch universe to coincide with each of their games. Including behind-the-scenes artwork and unused designs, you get to see your favorite characters and worlds in an entirely different light. The books also go deeper into the lore in a way that may not be fully apparent while playing the game, meaning you get a better understanding of what’s unfolding and everything from the level set dressing to the lines the characters speak to make the world come to life.

The Cinematic Art of World of Warcraft

Another addition from the brilliant art team at Blizzard. Rather than a singular book, World of Warcraft has a number of different artbooks, focusing on everything from the base game to cinematics, each of them a joy in its own right. I have a soft spot in particular for the original World of Warcraft artbook as copying drawings from that book was how I started along my game art career path. I was absorbing techniques and skills from the WoW artbook long before I ever touched the game itself. Unfortunately, that book is hard to come by these days, however, the artbooks have improved since then with more information and behind-the-scenes content.

The Art of the Last of Us: Part II

Although the game series has had some controversies during its time, it’s impossible to ignore the technical and artists feats on show within the Last of Us games. Naughty Dog has been an industry leader in these areas for many years now and The Last of Us: Part II still stands as one of the most visually impressive games ever released. This artbook fully lives up to the game, going more in-depth than most and covering everything from the concept art behind the major points in the game, in-depth character backgrounds and motivations as well as some of the more incidental things, such as the fake brands that they created for the game. It really gives you a good peek behind the curtain at everything that’s involved in bringing a game world to life which absolutely secures it as one of the best game artbooks out at the moment. 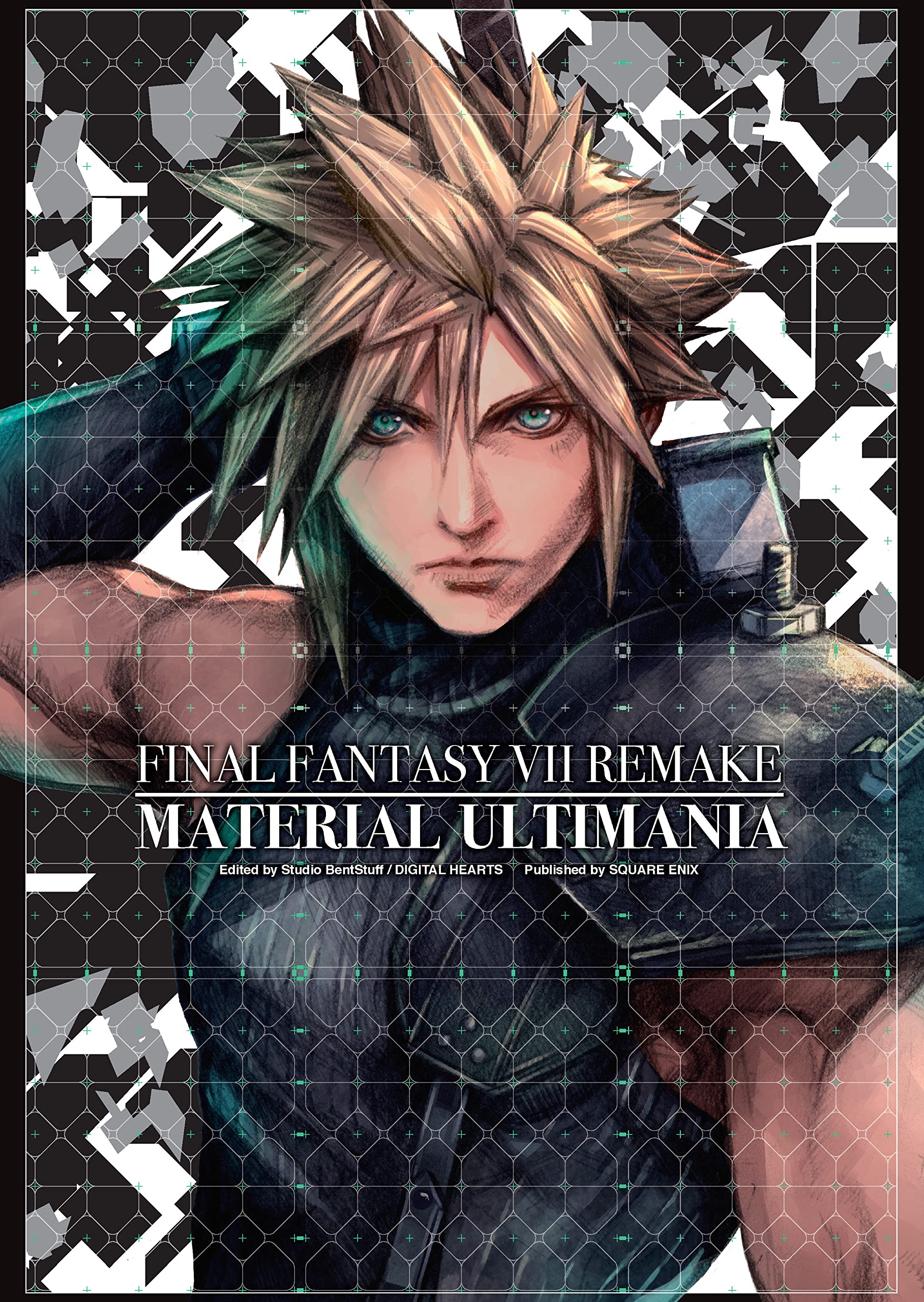 The team at Square Enix have put out an impressive amount of artbooks over the years covering final fantasy games from the very first to the expansions of the MMO title Final Fantasy XVI. All of them are a joy to flick through and the Final Fantasy VII Remake is no different. Allowing you to dive ever deeper into the world we’ve grown to love over the years and understand some of the design choices made when upgrading the game from a blocky Playstation 1 game to a high-end modern AAA game. There are also a few great extras such as the music sheets to some of the most beloved video game songs, so if you know how to play an instrument you might get even more of it. 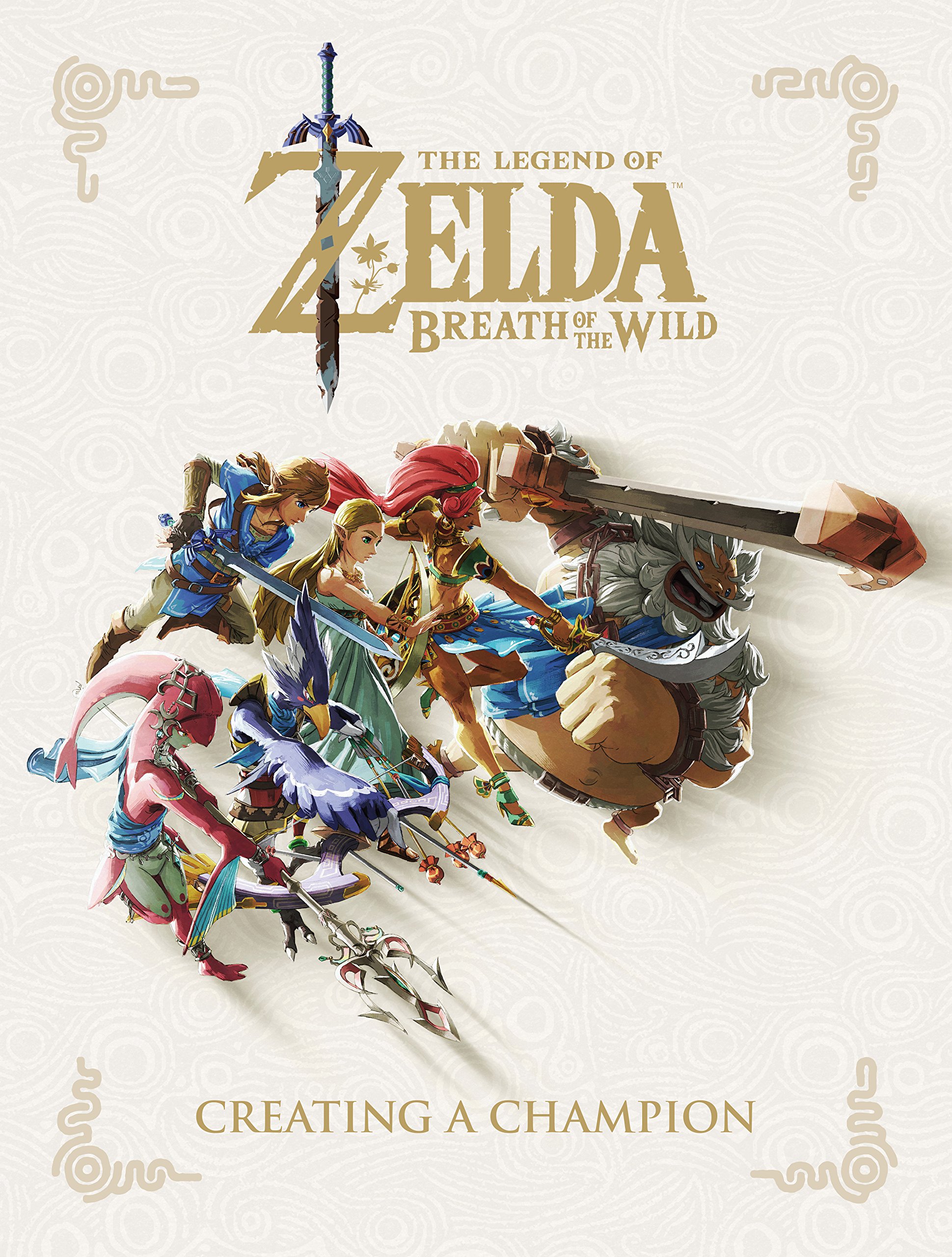 Next, we have one of the longest-running and most popular series in gaming history. Not only is the Legend of Zelda a legend in the game industry, but Breath of the Wild was a game that stood out among a sea of gems and defined what gaming on Nintendo consoles could be like. Whilst the Wii U and the Switch might have been limiting factors on how far they could push the visuals, the style always comes through in the games. Now you can see the game without those restrictions and see the beautiful artwork that the team at Nintendo has created. Whilst lighter on the breakdowns and discussions than many other artbooks, it’s stacked cover to cover with amazing artwork that wouldn’t be seen anywhere else.

Total War: Warhammer – The Art of the Games

When you think of games and great art, the mind rarely drifts to strategy games. The zoomed-out macro view you play from as well as usually having many units moving and fighting on screen at any time is not conducive to great graphics. However, the team at Creative Assembly really went above and beyond with their Warhammer trilogy. That being said it’s still hard to appreciate the work that’s gone into the game during the chaos of organizing your army. This is the perfect opportunity to see the game’s beautiful artwork in all its glory.

Marvel’s Guardians of the Galaxy: The Art of the Game

Whilst we’ve seen a whole lot of Marvel in recent years, and a decent amount of the Guardians of the Galaxy, the game reimagines them in a way that’s separate from the movies, so you get to see the series in a whole new light. Seeing your favorite characters reimagined in a way that’s true to the original comics but with its own identity means getting to flick through all of the concepts and artwork from the game and relive the Marvel universe in a whole new way.